The Mis-Education of Atlanta Public Schools

In the biggest cheating scandal in American History, 35 current/former employees of Atlanta Public Schools were led into Fulton County Jail on Tuesday, on charges including racketeering, theft by taking, and making false statements.  A city rocked by a 90 page indictment detailing a conspiracy dating back over five years, has people looking at the daily paper to see who else will be named in this epic saga of education gone wrong.  Folks are in barber shops and on porches and in boardrooms trying to figure out how this went so wrong and for so long. And if you are like me, you have realized that there is probably one degree of separation between you and someone on that list.  As I’ve watched the story unfold I’ve been entertained and moved by the outpour of emotion of people across the city and the country in response to this story. 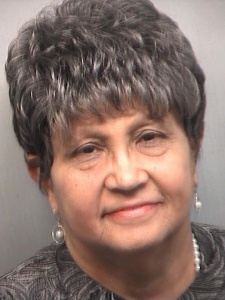 Let me start by saying I am the child of educators.  My dad is a retired elementary school principal of over 30 years and my mother is a retired high school teacher who had been teaching since she was 18 years old.  Education has always been at the forefront of my life. Testing was important. Grades and achievement were important.  I was always given the opportunity to succeed and to fail on my own merits in both the private and public school systems. And for that I’m grateful. It is because of that, that I find it irreprehensible that administrators, school staff and teachers, took it upon themselves to bully teachers into changing test scores, lie about attendance records, lie to law enforcement and steal whatever chance some students had for success.  And for what?! At what cost? Dr. Beverly Hall, former superintendent of Atlanta Public Schools received bonus after bonus for falsified records that made APS appear to be a school system on the move. A system plagued with trouble that miraculously had been turned around. Now we find out that the same kids, who couldn’t read in 5th grade, still can’t read in 9th and their teachers and principals did nothing to help.  How many kids do you meet who tell you teachers made the difference in their lives?  For me, it didn’t happen until college but for most, it’s a 3rd grade teacher who spends a little extra time on long division and life skills. It’s a 6th grade coach who sees something special in a kid and cultivates their talent and commitment to excellence. If kids can’t trust the grownups to do the right thing, what makes you think that they will ever do the right thing as children OR as adults?

So it is no wonder that the grand jury recommended bond of $1 million for some and $7.5 million for the top dog, Dr. Hall.  Is bond supposed to be punitive? No. Can it be used to send a message to the other thousands of school teachers and staff across the country that cheaters never win and that such behavior won’t be tolerated? Absolutely.  Most of the exorbitantly high bonds were reduced by a judge but the lowest was still $40,000 at last check.  That’s nothing to thumb your nose at. And in my opinion, if you do the crime, then do the time.  My favorite comment of the day was from my friend Trisha who said “The bond is too high? NO GAS IS TOO HIGH. The right bond was no bond.” We put criminals in jail for posing a threat to society. What are we saying by not treating those who posed a threat to society by MIS-EDUCATING our children through the same process? These people are charged with handcrafting our future!   Is hard time going to rehabilitate these offenders? Hopefully.  But the damage is done. Kids cannot retake those tests. Teachers cannot un-erase corrected answers. Schools cannot un-promote failings students.  These people who conspired for personal gain have singly handedly altered the course of many whose lives, careers, and dreams will have been altered by this.

Now there is plenty of blame to go around. If there were room in the jail cells for parents of failing students who ignored the glaring, flashing red signs of corruption in the classroom, I would tell Bev and them to move over.  But unfortunately we can’t charge those parents criminally. We can only call them to the carpet and demand that they take charge of their children’s education.  So we have the play the hand of cards we were dealt. And today the D.A. ran a Boston on APS.  It is one thing to steal from the past and the present. Beverly Hall and all of those indicted in this affair stole from the future.

I went to college and majored and Mass Communications/Public Relations but decided to take my passion for promoting others to law school....where i could then learn to promote MYSELF! Kidding. Kind of. Now I'm a lawyer. 8 years later, big whoop and womp womp.
View all posts by Sweet Nothings →
This entry was posted in Hot News and tagged APS, Atlanta Public Schools, cheating, scandal, test scores. Bookmark the permalink.

1 Response to The Mis-Education of Atlanta Public Schools